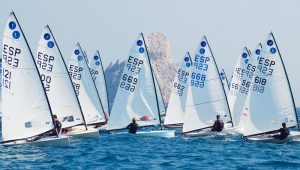 Sailing competitions can be held in any water body. There could be competitions between just two sailors or races between hundreds of boats. Being a very competitive sport, sailing aims to set the best speed records among sailors.

In sailing races, there are many events which are all significant, from races between small sailboats on small bodies of water to international competitions such as the America’s Cup. Let us have a look at the significant sailing events.

Sailing at the Olympics

America’s Cup is a major sailing event involving a race between two sailing yachts. This competition is one of the oldest international sports events in history.

The first yacht is the defender, and its opponent is the challenger. The defender then represents the yacht club while the challenger represents the club which is challenging for the cup. There is an agreement made between the two to fix the competition timing. For the time being, the cup is retained by Emirates Team New Zealand, who won it in 2017. The 36th America’s Cup is going to be held in 2 years, in 2021, presented by Prada.