The next popular water sports event will be the Summer Olympics held in Tokyo in 2020. Now that you have undoubtedly acquired some knowledge about betting on this field, take your chance! Here are the different water sports competed during this event, as well as the favourites according to bookmakers. 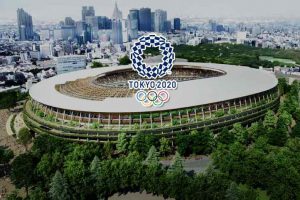 Obviously, not all the participants are going to cross the finishing line. The competition will give a great spectacle during an intense week next year. This discipline is really demanding since it requires excellent psychological and physical conditions.

Here, the athletes aim at navigating as fast as possible to realise a course full of obstacles on rivers. The principles are just the same whether it is canoeing or kayaking.

During the event, there will be various crafts; dinghies, keelboats and windsurfing boards. In this discipline, better watch out for nations such as Great Britain, the United States, Norway, Spain and also France. However, New Zealand and Australia are also very well represented in the sailing competition.

During the 2020 Summer Olympics, the surfing competition will be about performing for 20 to 25 minutes from wave to wave. The riders need to demonstrate outstanding speed, power and flow. Four surfers will compete at a time.

One of the oldest water sports present in the Olympics, water polo will be a battle among 22 teams in Tokyo, including 12 men’s and 10 women’s.